Mr. McElfresh Co-founded Pink Campaigns, Inc. in 2009 with Cristina Oliveira as a spin-off of AmerinRio, Inc. under their leadership Pink campaigns primary objective is to assist women in need of a mammogram by providing resources and contacts to women throughout the USA and now in Brazil. The leadership is still growing and is always looking for new leaders who will take control of the leadership of Pink Campaigns and fulfill the dream of Mr. McElfresh to provide women around the world free or reduced mammograms. The primary goal is to give women in need the ability to overcome their current situations and provide for themselves and their families. Mr. McElfresh is a living example of being down and out not once but numerous times, “When you feel that you have reached the bottom you have no other way to go but up”.

Mr. McElfresh has started and ran many businesses during his lifetime. . He always says, “Success is always around the next corner. It is what you make of it and how well you learn from all the “did not work” trials we go through.” He currently serves on the boards of two NGO’s and is President/CEO of 1st Space Financial Institution, Inc, Astral Starship Development Corp, The Center for Starship Research and Development, and United Interplanetary Space Alliance. He is an advocate for the poor and impoverished, micro-entrepreneurs, and believes that the internet is the university of the future.

He holds an A.S degree in accounting and is currently studying Physics at a  local University. As he has stated on numerous occasions, “I love to learn new things and expand my knowledge and my mind. I can’t stop learning and I can’t get enough information to fill the insatiable desire to want to know everything .”

The focus at Pink Campaigns is to empower women to help other women in need. He hopes that someday Pink Campaigns will have one Mobile Mammography in every state in the USA to provide women free or reduced mammograms. Early detection is the key to beating this disease and not assuming that it won’t happen to you. Fear is not a solution or the right way to accomplish this. Self exams should be as common as brushing your teeth every morning. 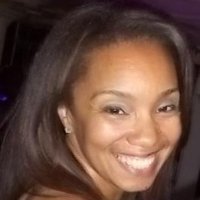 Ms. Oliveira is a Co-founder of Pink Campaigns

I am a person full of energy, very enthusiastic, and always thankful. I believe that a good attitude can change everything in one’s life. Through my life I have had several great opportunities and I took the best experience and knowledge I gained from each. I’ve had some up and down moments like everyone, but I just remember the ups.

I was born and raised in Rio de Janeiro, Brazil. Before finishing high school I began taking English classes. I studied hard to learn English and I eventually became an English teacher at the same school at the age of eighteen (18). I moved to Tabatinga, Amazonas on the border called três fronteiras (three frontiers/borders) in Brazil, where I learned Spanish.

While I was in Tabatinga I was involved with many things in the community. I was an English teacher and taught in 3 of the public schools for four years. I also owned and operated my own Private English Course, was Matre de at most of the public school functions and some of the city functions too. I had my own radio talk show, on one of the local radio stations helping the local abused women to find a way to get help in that small city. During this same time I was working as an interpreter to ACDI/VOCA (an international NGO) given support to the American Technicians that came to the jungle to volunteer their time and share their expertise with the members of the Indian Tribes.

My position at AmerinRio, Inc. took me to a new level in my life. I am very grateful for the people that I work with. The chance to change other people’s lives through our projects and see the smiles and happiness that is brought to each from their accomplishments is what satisfies and brings great joy to my life.

I am supremely confident in everything that I do, I love to write, read, listen to good music, travel, cook and I enjoy meeting new people.